The History of Krav Maga Worldwide

A father passes on boxing and gymnastics to his son. The world becomes an unsafe place.

The son organizes & refines his skills out of need. His efforts are recognized, and he is asked to teach the military forces.

Later he offers it to the world.

As a former circus acrobat, Samuel Lichtenfeld owned a gymnasium where many activities were taught, including self-defense. Due to the influences of his father, Imi became a very successful boxer, wrestler and gymnast, competing at both national and international level.

The home he grew up in, his father’s activities and teachings, the fighting sports, the real violent street conflicts, and his natural talent enabled Imi to later develop a system of techniques for practical self-defense in life threatening situations.

The Origin of Krav Maga

Imi developed his fundamental self-defense principle: ‘use natural movements and reactions for defense, combined with an immediate and decisive counterattack.

In the mid 1930’s, anti-Semitic riots threatened the Jewish population of Bratislava. Imi became the uncrowned leader of about 100 Jewish young men, boxers and wrestlers. Together they defended the Jewish neighborhood against racist and fascist gangs. Through these real world experiences Imi quickly understood that sport had little in common with real combat and even began teaching his fellow defenders.

In 1940, Lichtenfeld fled the Nazi occupation of his homeland, heading for Palestine, then under the British mandate, on the illegal immigration river boat name Pentcho, which shipwrecked on the Greek Dodecanese Islands.

In 1948 the state of Israel was born and Imi was asked to develop an effective fighting system, which later became the Krav Maga System.  It is the official self defense system of the Israeli Defense Forces and is taught to all enlisted men and women ages 18-51.

In the 1960’s with military approval, Imi started teaching civilians in Israel.  In 1981, the Krav Maga Association of Israel and the Ministry of Education held the first International Instructor’s Course at Wingate Institute for Physical Education.  This is where our Chief U.S. Instructor Darren Levine began his journey with Imi.  Darren being one of only a few who passed the grueling six week, 8 hour, six days a week training schedule.  While training in Israel, Levine was befriended by Imi Lichtenfeld. In 1982, Lichtenfeld traveled to Los Angeles to stay with Levine and continue his training.

In 1984, Imi passed his own Black Belt on to Darren.   Years later Imi would award Darren with one of only two Founders Diploma’s he handed out before his passing.

Darren has continued the legacy by spreading it around the world so all people “May Walk in Peace.”  We now join Darren on this journey.

Darren Levine is the Chief Instructor of Krav Maga Worldwide.  An 8th degree black belt, he is one of the highest-ranked Krav Maga instructors in the world and received extensive training directly from Imi Lichtenfeld, the creator of Krav Maga.

In recognition of his extraordinary contributions to the Krav Maga system, Darren Levine received one of only two Founder Diplomas ever issued by Imi Lichtenfeld.

An internationally recognized self-defense and counterterrorism expert, Darren Levine has taught thousands of civilians and police officers, as well as military special operation and anti-terrorist units in the United States and abroad. 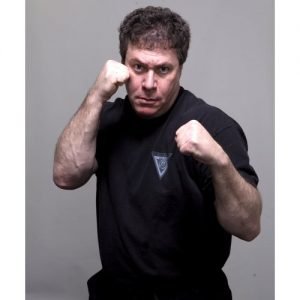 Darren Levine serves as a Los Angeles County prosecutor and an assistant head deputy of the Target Crimes Division; he has been tasked with prosecuting the most violent crimes committed against law enforcement, including murders of on-duty peace officers. 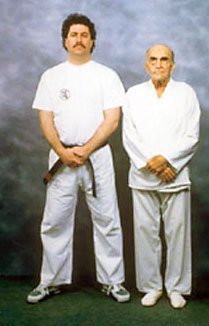 “Darren Levine has risen in stature and accomplishment in Krav Maga from a beginning student with me in 1981 to Chief Instructor and my representative in the United States.” (July 28, 1994)